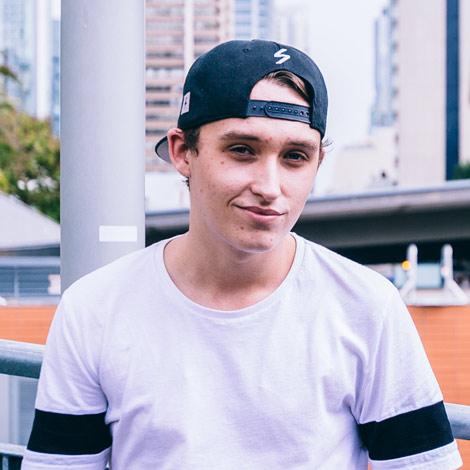 Hailing from BrisVegas, Queensland, Australia this emerging youngster is making a name for himself in the local entertainment scene.

Cal took his first steps towards a professional DJ career in 2014 when he entered a DJ competition on the Gold Coast called “Believe In Me” at Envy in Broadbeach.

Not sure about where he was going with his DJ’ing, over a 6 week period of training Cal’s passion increased right up until Show Day where it then became a life!

In 2015 Cal applied for YOUR SHOT – Brisbane and was selected out of the many aspiring DJ’s Brisbane had to offer. From that point on Cal was back on track and playing the music he was passionate about and still loves to this day… the Melbourne Sound!

Also being aware of the need to diversify, Cal can play many genres including party tunes, urban, top 40, house and electro house, as well as the Melbourne Sound of course.

Cal has held residencies at Thirsty Thursdays at the Beach Burrito Fortitude Valley, Normanby Hotel and Lost Bar & Nightclub and currently plays at GPO, The Met, Brighty Thursdays and Sundays at Stockies and without a doubt he’s killing it!

Look out for Cal coming to a venue near you!!