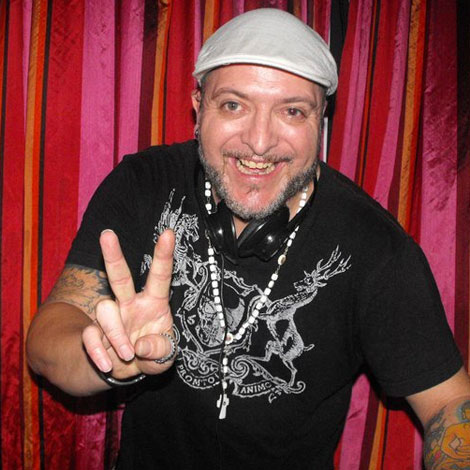 His music selection is topped only by his mixing ability (a quality sometimes missing in this new era of ‘technology’), a keen ear for all things party & the knowledge of how to shake a dance floor to it’s core. No matter the style of music BoogieShoes brings the funk on all levels.

These qualities have seen him appear on Triple J’s Groove Train for a live 3 hour set, host is own radio show for 5 years on 101.3fm, and support every major tour that came to town. As such, throughout his career he has had the pleasure of working with a veritable who’s who’ of the finest dj’s and live acts, both national and international. Whether it be playing big room house with Ministry Of Sound, soulful sexy grooves with HouseSexy & Hed Kandi, getting your funk on with RnB Superclub, or rocking the stage with the Jungle Brothers or Blue King Brown, BoogieShoes never fails to do the business.

An unquenchable thirst for new sounds, hugely eclectic taste, and a music collection to match gives BoogieShoes the ability to play to any crowd in any venue. His sets can be played straight up, sticking to the required genre, or be a complete mash-up of across the board sounds, usually topped off these days with a â€˜live’ electronic percussion element added. So whether it be catering to the sophisticated cool house heads, lounging with the soul set, rockin’ a progressive or electro crowd, banging out some big room & festival beats, or expanding the horizons of world music lovers, and more, Anthonne has the ability to provide an impressive soundtrack for any vibe.

Due to the diverse nature of his music tastes and abilities, and the venues he has worked in, his gigs cover the full spectrum of music, from all forms of house, electro, progressive, breaks, drum’n’bass, dubstep, lounge, soul, rare groove, nu-disco, latin/afro, funk & hip hop, through to blues, jazz, alternative, heavy rock and even metal.

BuggeShuz @ Sundae -Tales From The Deep Side Of The Pond Pt.01