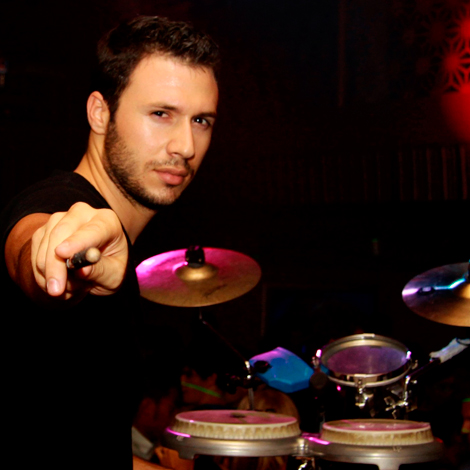 Nino Live is not only one of the hottest percussionists in the State, he’s also an accomplished DJ and Producer.

His latest productions have already had chart success such as a #1 on DjTunes.com top100 and #1 on Safari Music chart (Beatport). Also working under the alias “Stark Lion” as a collaboration with Australian producer Pretension, more big news are on the cards: remixes for Princess Superstar, JTX, and releases on major dance compilations such as Godskitchen 3D.

Like most artists, Nino Live cut his teeth playing in rock bands. But when he discovered electronic music, things really started to take off.

Another member of the infamous DUBS, Nino Live is the go to percussion guy on the Sparkle A+E roster.