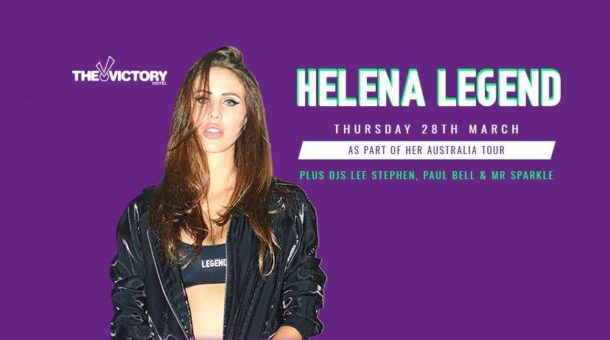 In the world of electronic music there are few personalities as determined and versatile as Helena Legend. With a slew of chart-topping tracks under her belt, plus a dizzying array of club and festival bookings around the world and a huge, dedicated following, she had already achieved a huge amount by the beginning of 2016. But, not one to be stuck in an evolving scene, she took a huge risk and decided to change her musical direction, shifting gears and unleashing a potent new sound.
After the release of her first EP ‘No Explanations’ (Part 1 & Part 2) via Ultra Music/Sony Music in December 2016 and February 2017 respectively, which showcased this sound to an overwhelmingly positive reception, feeling galvanised by this support and brimming with confidence, she is poised to continue gracing the planet with her electrifying DJ sets and superlative productions armed with a renewed zest for her craft. Full of ambition and limitless energy, Helena is poised to take things to the next level as she explores her exciting new direction.

11 months ago in Weekly Event
The Victory
Calendar
Upcoming Events